This in vivo experiment which occurred in the Physics LearnLab compared the relative utility of an intelligent tutoring system that used hint sequences to a version that used completely justified examples for learning college level physics. In order to test which strategy produced better gains in competence, two version of Andes were used: one offered participants hint sequences and the other completely justified examples in response to their help requests. We found that providing examples was at least as effective as the hint sequences and was more efficient in terms of the number of problems it took to obtain the same level of mastery.

When students use a tutoring system with hint sequences, they sometimes engage in help abuse on virtually every step (citation needed). This means that the tutoring system is telling them each step, so essentially, they are generating a worked-out example. There may be nothing wrong with this for some students, as examples can be effective instructional material (citation needed).

Will robust learning ensue if students are presented with relevant, completely justified examples instead of hint sequences whenever they ask for a help?

Particpants worked on assigned homework problems covering Inductors by using Andes at home. When they requested help on a step, they got either:

When they clicked on the "Done" button the example or the hint would disappear, then they would be back in problem solving mode. Thus, Examples students could not easily copy steps from the example to the problem they were solving. 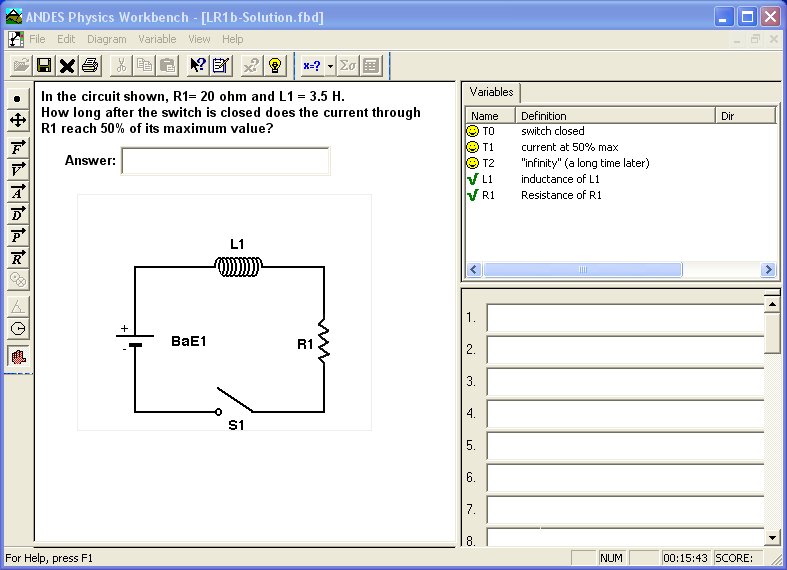 Figure 2: A worked-out example. A window would pop-up containing a relevant example if a participant in the experimental condition asked for help while solving problems in Andes. This is the example that was paired with the problem in Figure 1. Each Source field in the equation table was either a list of the indexes to the equations combined or simplified to produce the given equation or the name of the principle used. The principle name were linked to a textbook page covering the topic and the pages were available to all participants. The italic text in the Source field was a tooltip that would appear if the participant moused over the source. Bold equations indicate sought quantities.

Figure 3: A Hint sequence from Andes. This is a possible hint sequence which is displayed in the lower left hand window of the Andes Physics Workbench if a participant asked for help in the control condition. "T:" indicates messages from the tutoring system. "S:" indicates input from the student/participant via menus.

Figure 4: Another Andes hint sequence. Again, this is a possible hint sequence available to participants in the control condition if they asked for help. "T:" indicates messages from the tutoring system. "S:" indicates input from the student/participant via menus.