Work on your pace and you will have instructors available to help you answer any questions.

In this course, you will learn how to develop rule-based cognitive models for creating Cognitive Tutors using the Cognitive Tutor Authoring Tools (CTAT). You will also learn ACT-R theory and Foundations of Production Systems behind Cognitive Tutors.

At the end of the course, you’ll have an opportunity to build a rule-based tutor for a task for which building an example-tracing tutor is not practical, namely, an abductive reasoning task in Mendelian genetics. That will provide you with a nice experience to apply the fundamentals you will learn in the modules to a larger, more authentic, context. It will be graded by the instructor and you will receive personalized feedback along with a sample solution.

The project offers an opportunity to learn about the following:

A computer is required where CTAT can be installed. The instructions are here.

Who should take this course?

This course will help you:

Dr. Vincent Aleven is a Professor in Carnegie Mellon’s Human-Computer Interaction Institute (HCII). He has 20 years of experience in research and development of advanced learning technologies, grounded in cognitive theory.

Upon successful completion of the program, participants will receive a verified digital certificate of completion from Carnegie Mellon University’s Open Learning Initiative. 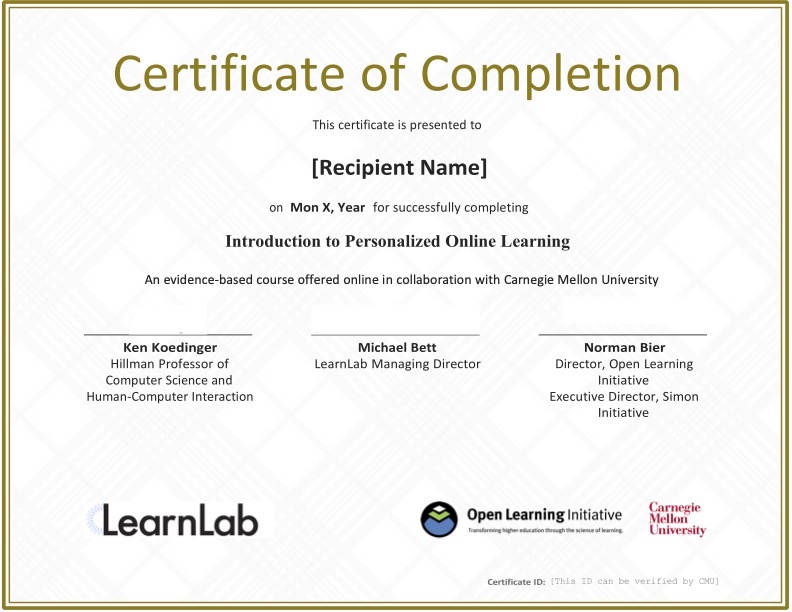 Benefits of Earning an Executive Certificate

In addition to the knowledge and immediately applicable frameworks you will gain by attending your selected courses, you will benefit from:

Register and start taking the course in four steps:

2. Watch this short video for instructions on how to register in OLI.

3. For this course, copy the course key: Coming Soon!

4. Click on this link to Carnegie Mellon University’s Open Initiative to register and try out the course for 48 hours before payment is due.

5. (Optional but highly recommended) Set OLI to automatically resume from where you left off in the course.

1) Click on your name in the upper right corner to bring up your OLI profile settings.

2) Change the option on the dropdown to resume automatically.

You are all set! 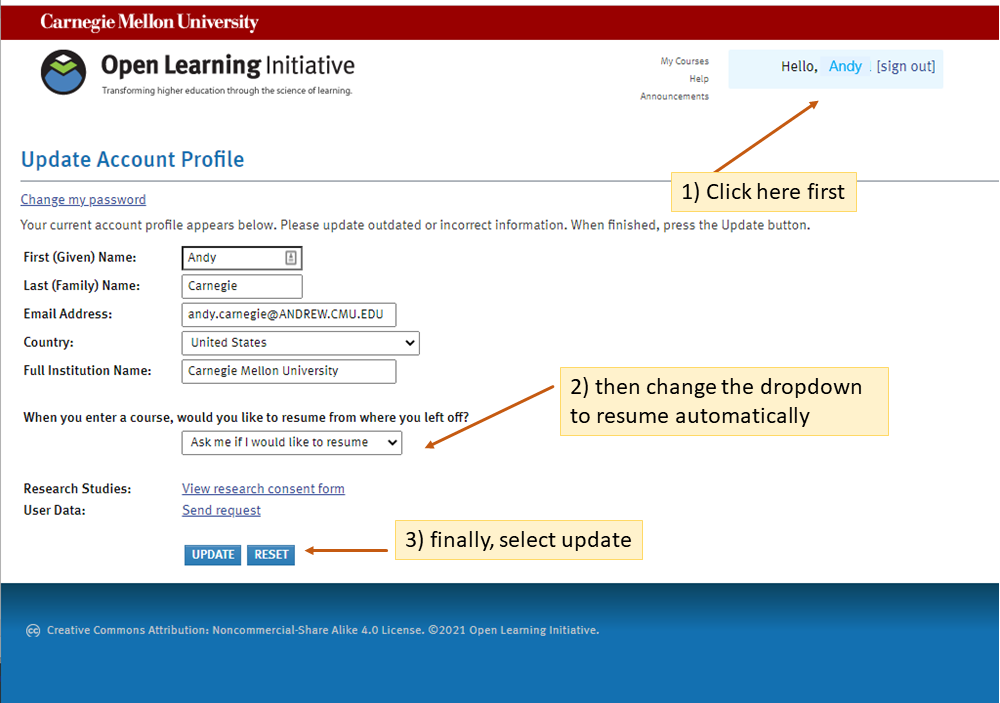