Difference between revisions of "Optimizing the practice schedule"

This project plan extends dissertation work of Pavlik. In this initial work, a model-based algorithm was described to maximize the rate of learning for simple facts using flashcard like practice by determining the best instructional schedule for a set of facts. The goal of this project plan is to develop this initial work to allow this tutor with optimized scheduling to handle more complex information and different types of learning in more natural settings (like LearnLabs). Specifically, this project plan describes extensions to the theory in two main areas.

1. Specification of a theory of refinement

2. Specification of a theory of co-training

These theoretical directions are intended to enhance the FaCT System tutor by greatly extending its capabilities.

A secondary goal of the project is to link the optimization algorithm used in this project with the larger CTAT project. In this linkage the optimization algorithm would be integrated onto the current CTAT system as a curriculum management system that could select or generate problems according to the algorithm, but using CTAT interfaces. This integration will make it easier for people to use the optimized scheduling system and therefore increase its impact and usefulness.

How can the optimal sequence of learning events be computed? The descendants section below links to LearnLab and laboratory research tracks that have employed and invetigated these methods of optimal sequencing.

Since the early 60's researchers in learning theory have been describing models of practice which attempt to capture the effect of practice on performance at a later time. These models are applicable to describing many types of learning situations, but are easier to apply where information to be learned can be broken up into small chunks that can be learned independently. For instance, Atkinson (1972) applied a Markov model of learning to schedule drill of German vocabulary.

More recently there has been a renewed emphasis on repeated practice. For instance, the National Council of Teachers of Mathematics new report WSJ article emphasizes the importance of this type of learning for simple math skills.

Long-term retention -- These measures are usually taken in the tutor after at least one day of retention (much longer intervals occur in some of the most recent studies).

Transfer -- Many of the studies in this project will look at how learning in the tutor transfers to situations where that knowledge can be applied in a different configuration.

Alternative structures of instructional schedule for practice based on the predictions of an ACT-R based cognitive model. Further independent variables include how the material is presented for learning events and the assumptions of the model used to compute the instructional schedule. The assumptions of the model include alternative analyses of task demands, the structure of relevant knowledge components, and learner individual differences. 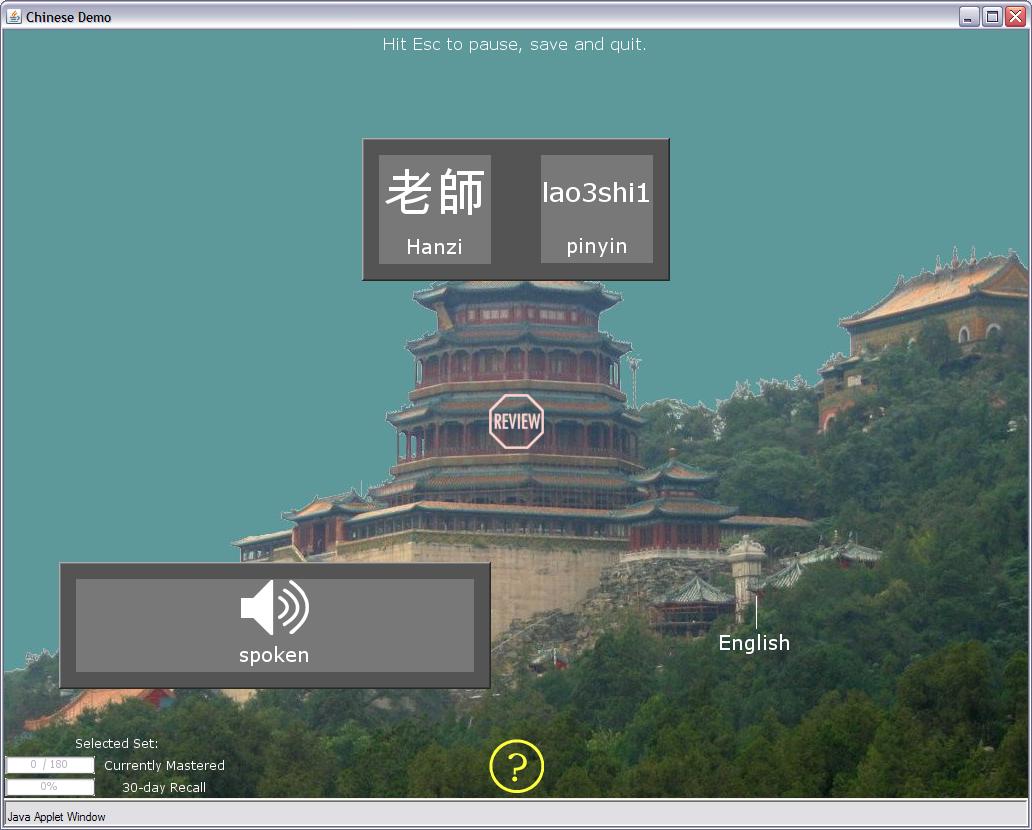 Robust learning occurs more quickly when practice is scheduled efficiently. In this case efficiently means according to a complex model of the robust learning gain and time cost of possible scheduling decisions. Given a single type of learning event, such schedules tend to have an expanding spacing interval, since as practice accumulates knowledge components gain stability. See optimal scheduling for a discussion of learning principles and other examples.

This is a summary of the main findings for the various lines of research associated with this project. The following work has utilized the Java based FaCT System for trial based learning to deliver experiments. This system is described here: website.

The algorithm for scheduling practice uses a mathematical model of learning to predict when new practice should occur for recall to be optimal later. This model accounts for:

When prior practice occurred