The transfer from comprehension skills to production skills in second language learners seems to be, in many cases, neither spontaneous nor complete. Although there has been a considerable amount of discussion about the link between receptive and productive language skills in both the psycholinguistic and the applied linguistics literature, the question of how to bridge the gap between comprehension and production skills has not received much attention yet outside the narrow area of speech. This project investigates whether the proposed learning task can support transfer of comprehension skills to production skills with respect to grammar, thus supporting fluency in production. In this task, each instance of production is immediately preceded by an instance of comprehension. Because comprehension activates the required structural representations (e.g., knowledge of syntactic frames or verb forms; syntactic priming), the activated representations become more accessible for subsequent production, which will facilitate processing and increase fluency. Thus, new procedural knowledge for production may be formed (refinement), or existing knowledge may be strengthened. 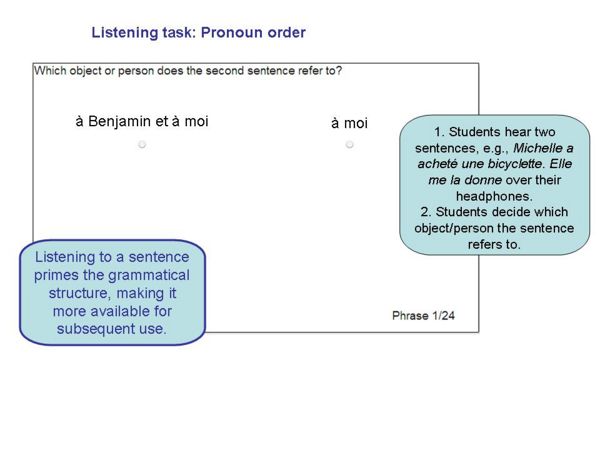 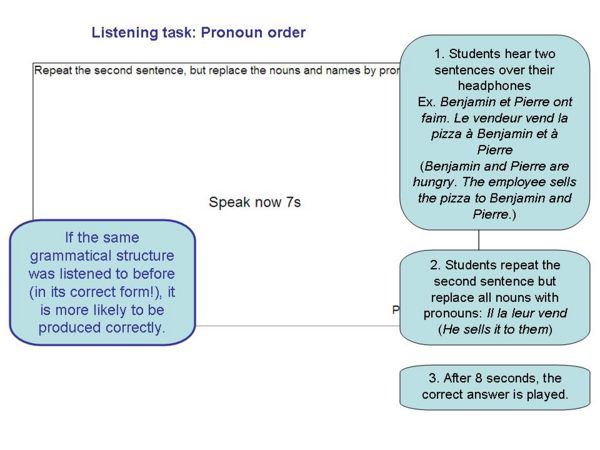 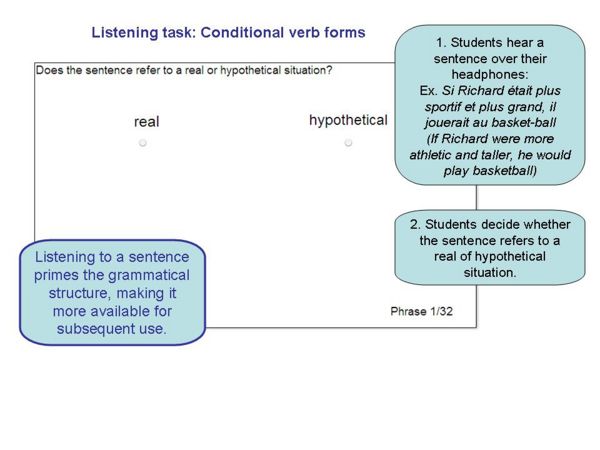 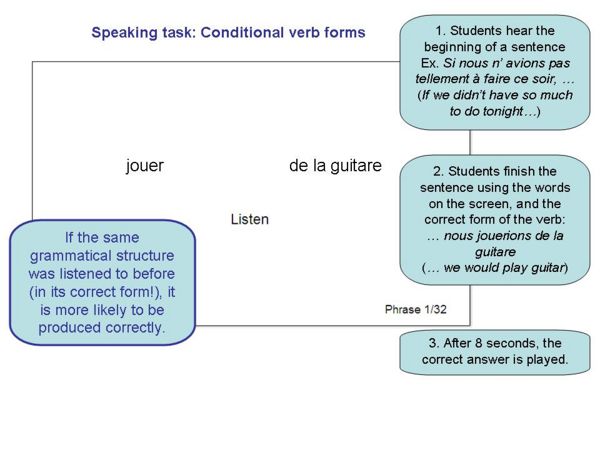