Difference between revisions of "Self-explanation: Meta-cognitive vs. justification prompts"

The literature on studying examples and text in general shows that students learn more when they are prompted to self-explain the text as they read it. Experimenters have generally used two types of prompts: meta-cognitive and justification. An example of a meta-cognitive prompt would be, "What did this sentence tell you that you didn't already know?" and an example of a justification prompt would be, "What reasoning or principles justifies this sentence's claim?" To date, no study has included both types of prompts, and yet there are good theoretical reasons to expect them to have differential impacts on student learning. This study will directly compare them in a single experiment using high schools physics students.

The self-explanation effect has been empirically demonstrated to be an effective learning strategy, both in the laboratory and in the classroom. The effect sizes range from d = .74 – 1.12 in the lab for difficult problems (Chi, DeLeeuw, Chiu, & LaVancher, 1994; McNamara, 2004) to d = .44 – .92 in the classroom (Hausmann & VanLehn, 2007). However, both the amount and quality of spontaneously produced self-explanations is highly variable (Renkl, 1997). To increase both the likelihood and quality, different prompting procedures have been designed to solicit student-generated explanations. However, an open question is how to structure the learning environment to maximally support learning from self-explanation. One method to support robust learning is to design instructional prompts that increase the probability that students will frequently generate high-quality self-explanations. What counts as a “high-quality self-explanation?”

The answer to that question may depend on the type of knowledge to be learned. Knowledge can be categorized into two types, either procedural or declarative knowledge. In physics, students often learn the procedural skill of solving problems by studying examples. An example is a solution to a problem, which is derived in a series of steps. An example step contains either an application of a physics principle or mathematical operator. The transition from one step to the next can be justified by a reason consisting of the applicable principle or operator. Therefore, an effective prompt for procedural learning asks the student to justify each step of an example with a domain principle or operator. For the purposes of this proposal, we shall call this type of prompt “justification prompts.”

Contrast a high-quality self-explanation from problem solving in physics with an explanation from a declarative domain (i.e., the human circulatory system). In this domain, the student’s task is to develop a robust mental model of a physical system. Instead of a solution example broken down by steps, the information is presented as a text, with each sentence presented separately. When each sentence is read, the student’s goal is to revise or augment his or her initial mental model (Chi, 2000). A high-quality explanation in this domain requires the student to consider the relationship between the structure, behavior, and function of the various anatomical features of the circulatory system. When a student begins reading about the heart, she rarely (if ever) comes to the task as a blank slate. More likely, the student has an initial mental model that is flawed in some way. Therefore, the student must revise her initial mental model to align itself with the content of the text. This is generally not an easy task because the reader is required to use her prior knowledge to comprehend the text, while simultaneously revise that same knowledge. In this case, a high-quality self-explanation may consist of reflecting on one’s own understanding, comparing it to the target material, explaining the discrepancies between the two, and revising the mental model. Therefore, we shall refer to prompts that encourage this type of behavior as “meta-cognitive prompts.”

Thus, different types of self-explanation prompts may lead to different learning outcomes. Justification-based prompts may inspire more gap-filling activities, while meta-cognitive prompts may evoke more mental model repair. While both types of prompting techniques have been used in prior research on self-explaining, what remains to be explored, however, is a systematic exploration of the differential impact prompting for justifications or meta-cognitive activities on robust learning.

How is robust learning affected by justification-based vs. meta-cognitive prompts for self-explanation?

Only one independent variable, with three levels, was used:

Prompting for an explanation was intended to increase the probability that the individual or dyad will traverse a useful learning-event path. Meta-cognitive prompts were designed to increase the students' awareness of their developing knowledge. The justification-based prompts were designed to motivate students to explicitly articulate the principle needed to solve a particular problem. Finally, the attention-focusing prompts were designed as a set of control prompts. The purpose was to steer their attention to the examples that they are studying, without motivating any particular type of active cognitive processing.

Figure 1. An example from the Justification-based condition 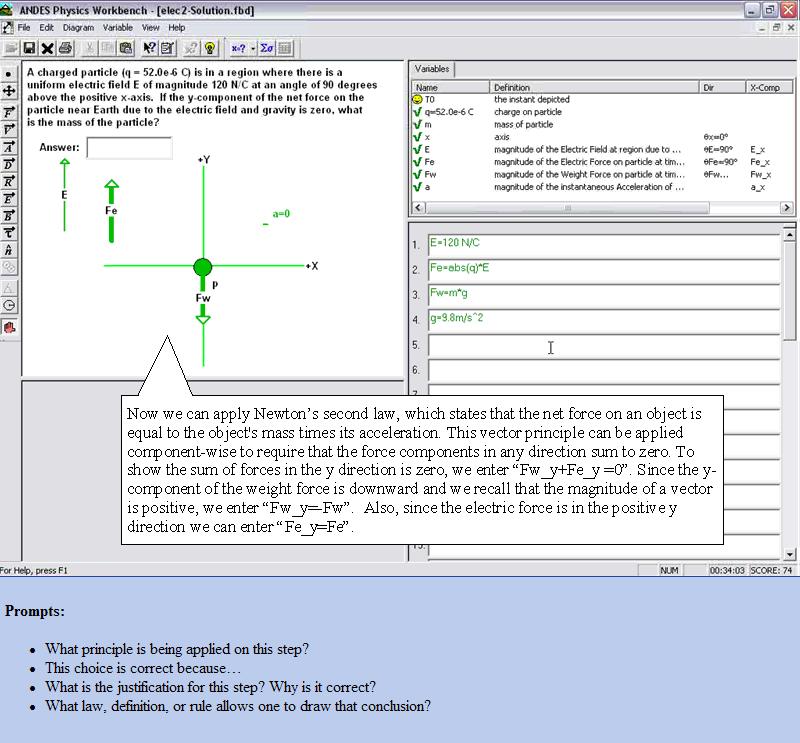 Figure 2. An example from the Meta-cognitive condition 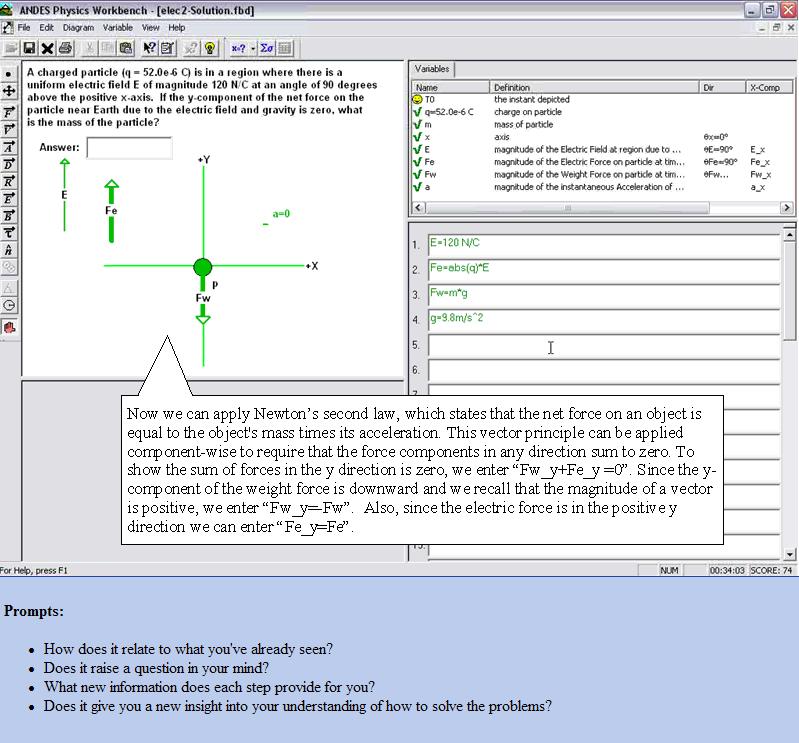 Figure 3. An example from the Attention-focusing condition 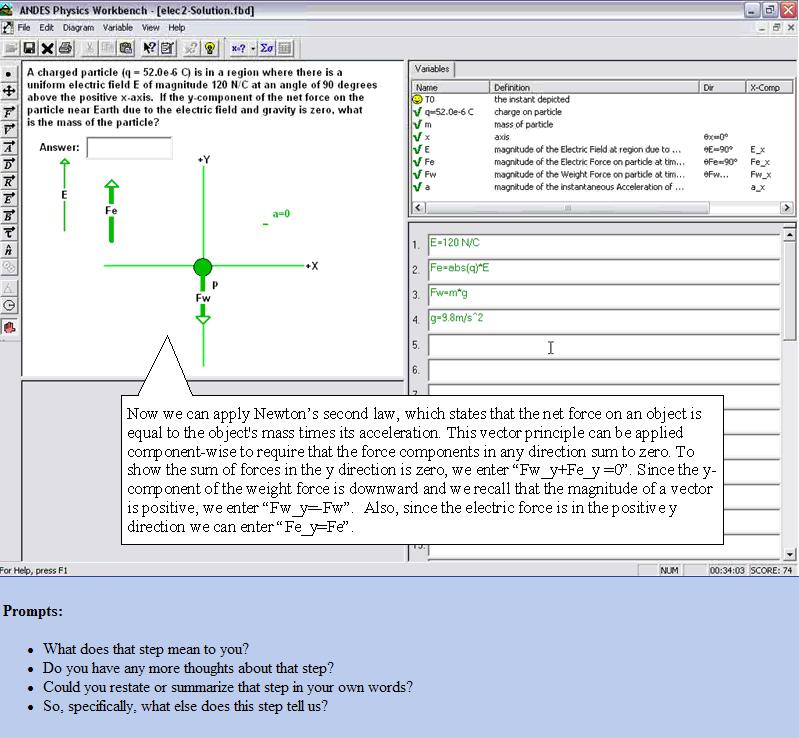 Procedure Participants were randomly assigned to condition. The first activity was to train the participants in their respective explanation activities. They read the instructions to the experiment, presented on a webpage, followed by the prompts used after each step of the example.

All of the participants were enrolled in a year-long, high-school physics course. The task domain, electrodynamics, was taught at the beginning of the Spring semester. Therefore, all of the students were familiar with the Andes physics tutor. They did not need any training in the interface. Unlike our previous lab experiment, they did not solve a warm-up problem. Instead, they started the experiment with a fairly complex problem.

Once they finished, participants then watched a video solving an isomorphic problem. Note that this procedure is slightly different from previous research, which used examples presented before solving problems (e.g., Sweller & Cooper, 1985; Exper. 2). The videos decomposed into steps, and students were prompted to explain each step. The cycle of explaining examples and solving problems repeated until either 3 problems were solved or the class period was over. The problems were designed to become progressively more complex.

The results reported below are from a median split conducted on the assistance score on the first problem. The students who were below the median are included in the analyses because the strong prior-knowledge students were unaffected by the different types of prompts.

Data analyses are preliminary and ongoing. Thus, the results reported above are speculative at this point. However, the trends suggest that justification prompting for physics may provide a learning advantage for later, more complex and difficult problems. One reason for the superiority of justification-based prompting is related to the match between the instructional materials and the cognitive task demands. That is, there are two sequential learning events that occur during the experiment. The first is learning from problem solving. In this case, the student must search the problem space in order to arrive at a fully specified solution. In so doing, he or she will most likely access and apply principles from physics. There are multiple competing features in the environment that cue the retrieval of these principles. The valid features that signal the correct application of a principle are called the "applicability conditions." During example studying, the student is released from the task of accessing the principles and is instead asked to generation the conditions of applicability. Generating the justification for a problem-solving action is commensurate with this task.

Prompting for meta-cognitive reflection and evaluation, however, may not fit the task as well. Instead, students who do not have strong prior knowledge may find the lack of structure unhelpful. Weaker students may need a more structured learning environment.

The attention prompts are ambiguous because 2 of them may inspire the student to self-explain. A close analysis of the audio portions of the data that were collected during the example-studying phase may allow for a direct test of this hypothesis.