How much help helps in discovery learning? This question is one instance of the assistance dilemma, an important issue in the learning sci- ences and educational technology research. To explore this question, we conducted a study involving 87 college students solving problems in a virtual chemistry laboratory (VLab), testing three points along an assistance contin- uum: (1) a minimal assistance, inquiry-learning approach, in which students used the VLab with no hints and minimal feedback; (2) a mid-level assis- tance, tutored approach, in which students received intelligent tutoring hints and feedback while using the VLab (i.e., help given on request and feedback on incorrect steps); and (3) a high assistance, direct-instruction approach, in which students were coaxed to follow a specific set of steps in the VLab. Al- though there was no difference in learning results between conditions on near transfer posttest questions, students in the tutored condition did significantly better on conceptual posttest questions than students in the other two condi- tions. Furthermore, the more advanced students in the tutored condition, those who performed better on a pretest, did significantly better on the con- ceptual posttest than their counterparts in the other two conditions. Thus, it appears that students in the tutored condition had just the right amount of as- sistance, and that the better students in that condition used their superior metacognitive skills and/or motivation to decide when to use the available assistance to their best advantage. 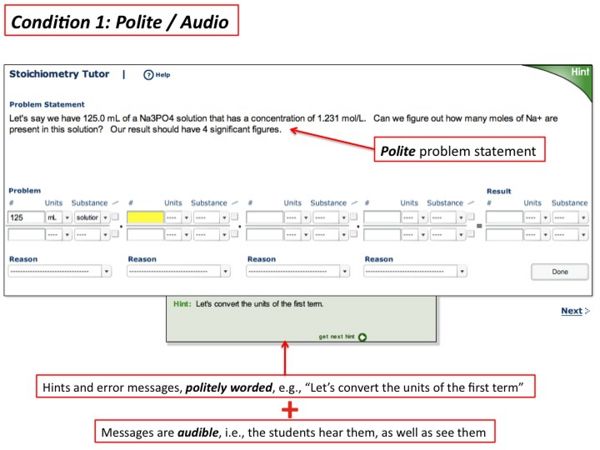 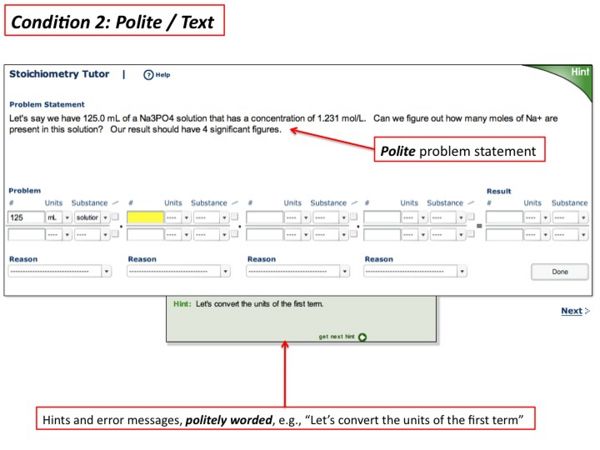 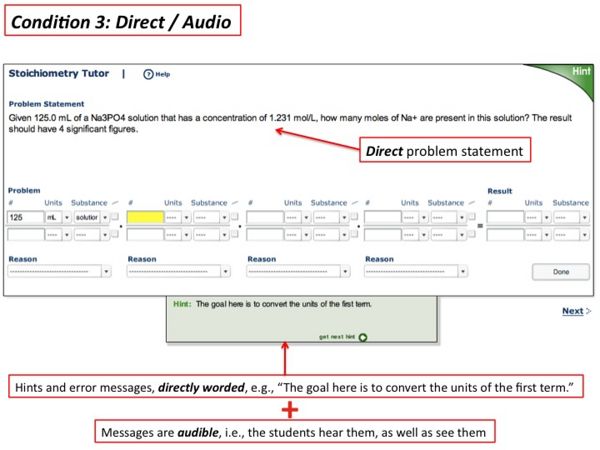 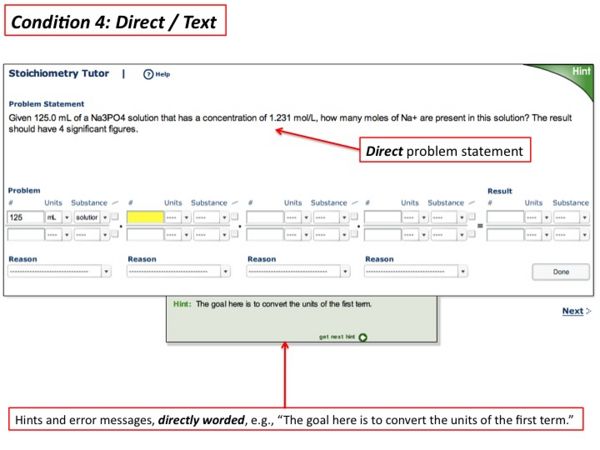