Lexical richness plays a role in terms of overall language proficiency. Lexical richness is a broad term encompassing the depth and breadth of vocabulary a speaker is able to deploy.

How are lexical diversity and lexical sophistication related? Do they exist as independent constructs, as in Skehan (2009) or are they related? Is their relation related to proficiency levels?

Lexical diversity is most basically measured by the type-token ratio, which looks at the number of types (lexemes) to the number of tokens (words). This measure is however problematic, as the number of unique types in a text decreases as the text gets longer. Each of the following measures offers a compensation for text length.

The average number of tokens to reach a TTR criteria (0.72). MTLD is computed sequentially forwards and backwards. MTLD has been used in validation studies and written corpora and seems to be a promising measure of lexical diversity.

Lexical sophistication is the ability of a speaker to be able to deploy advanced words. Studies differ in how they define 'advanced words'. This study uses three different word lists to operationalize 'advanced' words.

Data was collected through the English Language Institute of the University of Pittsburgh. Participants (n=85) recorded 2-minute speeches (n=345) on different topics as part of the teaching curriculum of a spoken English courses. Speeches were recorded at three different times during the semester. Participants were in two cohorts, and speeches were collected across three semesters and three levels (3,4,5) of English Speaking classes.

Participants come from mixed L1 backgrounds, and most participants have significant experience studying English in a classroom prior to the ELI course (71% studied English > 3 years).

All speeches from each level was grouped together, one-way ANOVA was used to estimate effect sizes. 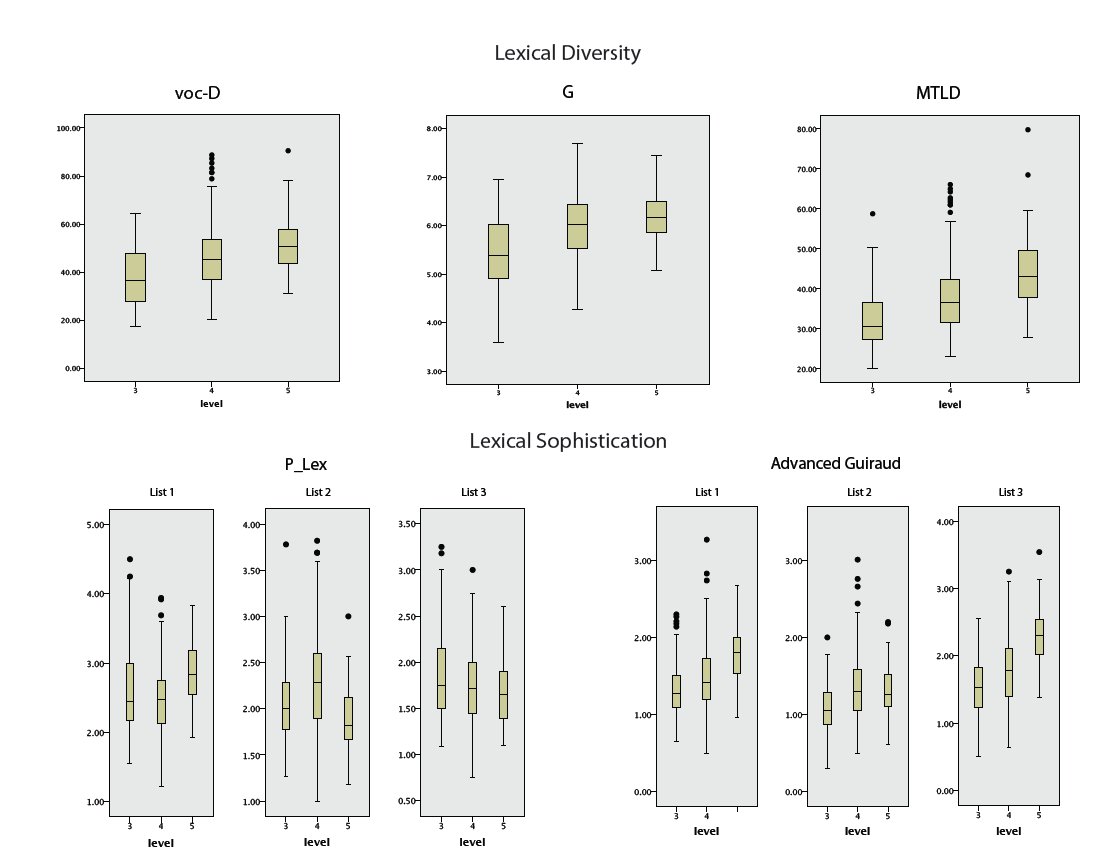 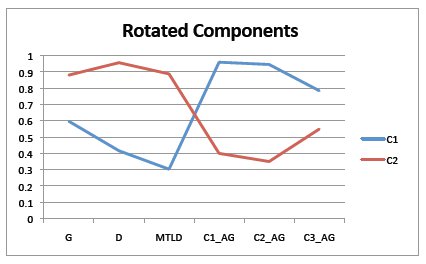 We can conclude based on the moderate correlation and the composition of the rotated components that lexical diversity and lexical sophistication can be considered separate, but related constructs.

McCarthy, P.M. (2006) An assessment of the range and usefulness of lexical diversity measures and the potential of the measure of textual, lexical diversity (MTLD). Dissertation Abstracts International 66 (12)