Difference between revisions of "Craig observing" 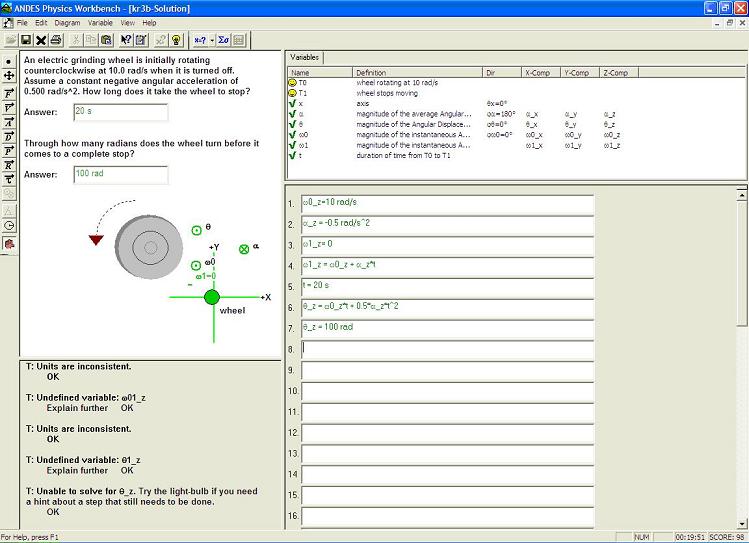 Preliminary analyses have been conducted on immediate learning (MC pretest/posttest, Andes problem solving) and long-term retention measures. An analysis of the data has yielded significant learning gains between pretest to posttest, F (1, 65) = 14.99, p <.001 with a proportional M =.57 and M = .67 respectively. No differences between groups were found for immediate learning. 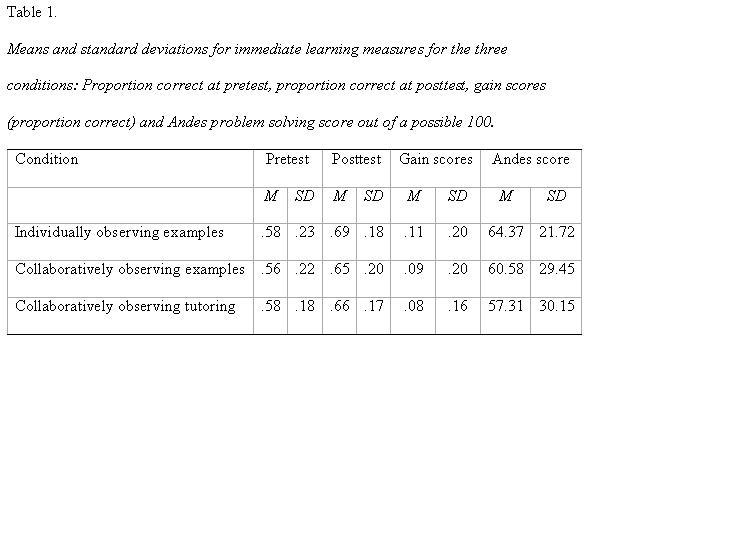 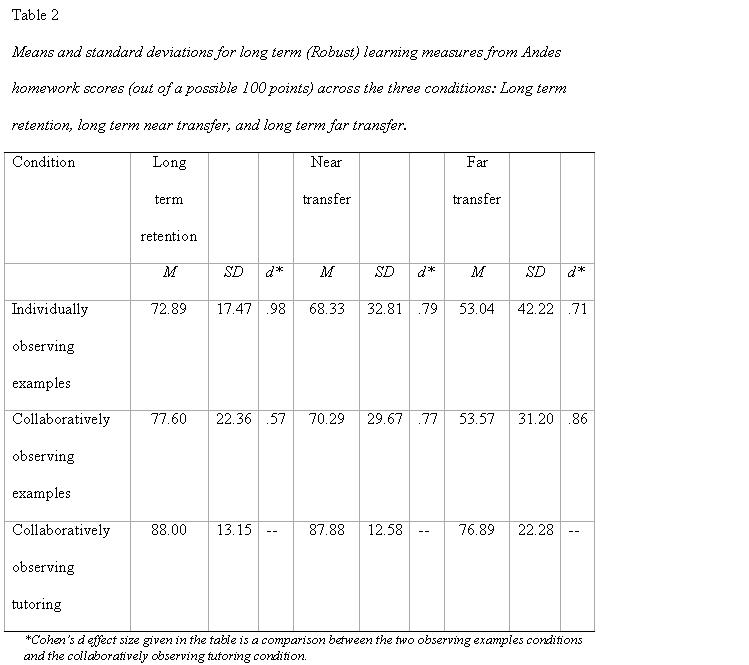