Explaining how and why incorrect solutions are incorrect will help students to reject incorrect knowledge components and, thus, stop using incorrect strategies to solve problems. 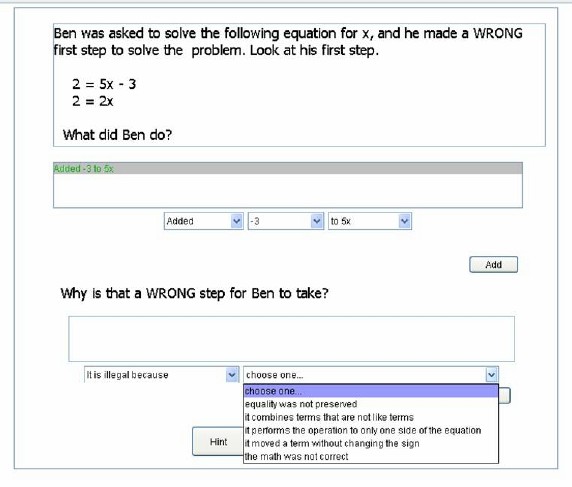 1. Corrective self-explanation is likely only useful when students also recieve experience that will facilitate construction of correct knowledge components. If students recieve only corrective self-explanation, they may come to reject their incorrect knowledge components, but if they have nothing to replace them with, they will either flounder (having no way to solve the problem), or revert to use of the only strategy they know, even though they know it is incorrect.

2. Grosse & Renkl (in press) also show that explaining incorrect examples is difficult for poor learners if the step where the error occurred is not highlighted. If this is not made clear, students have difficulty detecting and explaining the error.