This project focuses on integrated theory development with respect to the Assistance Dilemma (Koedinger and Aleven, 2007), specifically the instructional principle of self-explanation. We explore whether having students self-explain and thereby adding difficulty aids or harms eventual learning outcomes.

Alternatively, generating self-explanations may require too much time and thus it may be better to provide students with extra examples and to implicitly learn the rules through the practice-only condition.

In addition, while self-explanation has proved to lead to greater learning in other domains, this would be the one of the first, if not the first, study to empirically examine its effects in second language grammar acquisition. 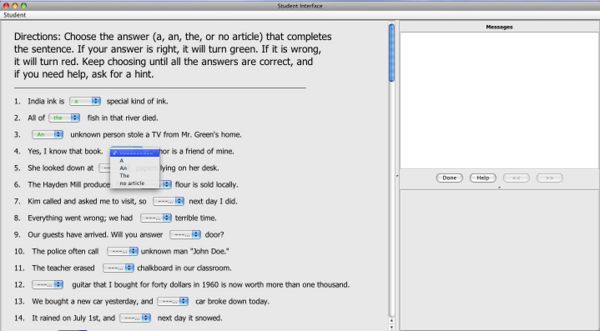 Image 1: Practice-Only Tutor - Using this tutor, students select an article (a, an, the, no article) from each sentence to complete the sentence. 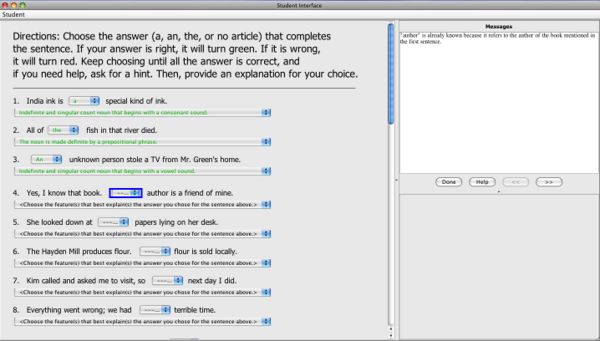 Image 2: Menu-based Self-Explanation Tutor - Using this tutor, students select an article (a, an, the, no article) from each sentence and choose the feature of the sentence that best explains the article choice. 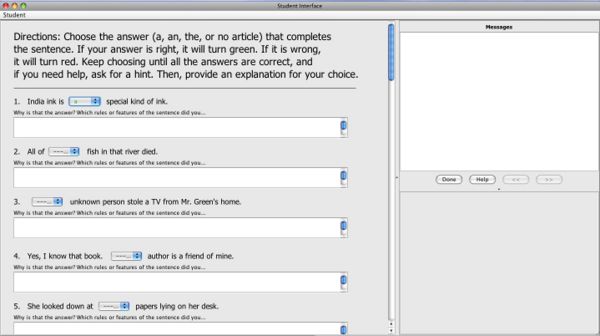 Image 3: Free-form Self-Explanation Tutor- Using this tutor, students select an article (a, an, the, no article) from each sentence and write an explanation for why they made their choice.

All students completed a computer-based pre and posttest that consisted of article-only and article with explanation items. In the article-only items, students chose an article from a dropdown menu to complete the sentence. In the article with explanation items, students chose an article to complete the sentence and then chose the feature or rule that explained their answer. No hints were available during the tests, and students did not receive feedback on their answers.

Students (n=63) in all conditions showed significant pre to posttest improvement; however, there was no significant differences between conditions. Analysis using efficiency scores (a measure that combines learning gains and time-on-task into a single construct) revealed a significant aptitude by treatment interaction (F(2, 60) = 3.54, p = 0.036) 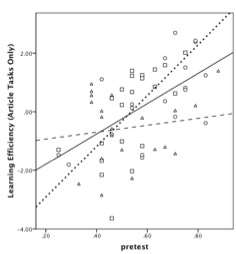 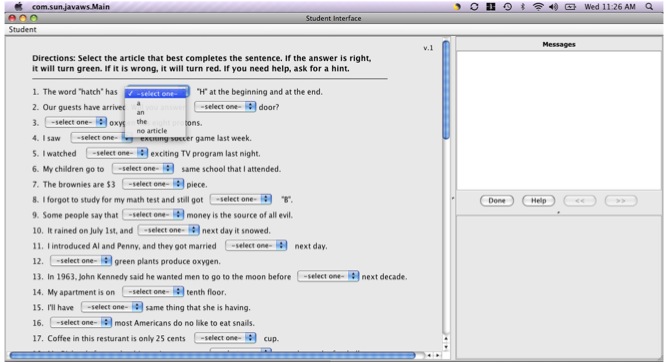 Practice-Only Tutor: Working with the practice-only tutor, students select an article (a, an, the, or no article) from a drop-down. Students receive immediate feedback on their selections and can request hints to help choose the right answer. 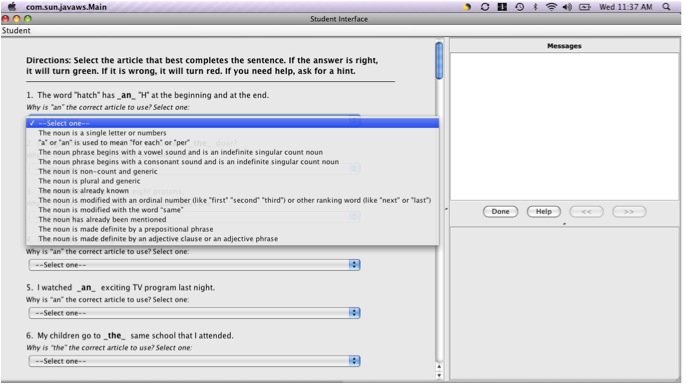 Worked Example with Self-Explanation Tutor:In the worked example plus self-explanation tutor, students are given a completed sentence with the target article highlighted and are asked to select the feature of the sentence that best explains the article choice.

Similar to Study 1, students were given a pretest and immediate posttest with items similar to those on which they were tutored. The pre and posttests contained both article selection and explanation selection items. 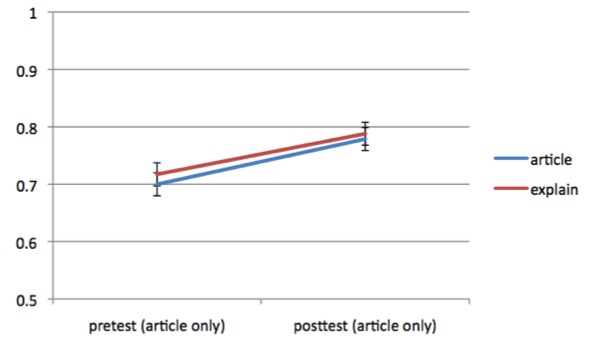 These studies are the first to experimentally test the effects of self-explanation in second language grammar learning, and the current results suggest that there are limitations to the benefits of self-explanation. This work highlights the need to continue investigating the self-explanation effect in new and different domains. It suggests there may be limitations to its applicability. Additionally, it is important to understand the source of difficulty within a domain and identify how self-explanations may or may not address it. More research is needed to further specify those boundary conditions and relate them to basic understanding of cognitive processes.