In the classroom conditions, the Reading 4 curriculum supervisor decided on a list of Academic Word List vocabulary link titleitems that had been excluded from the tests that the students took to establish their focus word lists. This list included 58 items that in her view the students should know.

However, Hulstijn and Laufer (2001) have suggested the involvement load hypothesis for vocabulary acquistion. The involvement load hypothesis suggests that deeper processing leads to better learning. However, definitions of 'depth of processing' during learning have not been made. Hulstijn and Laufer (2001) suggest a definition that contains three parts. Each part is assigned a processing load weight, from 0 to 2. The first is 'need', which is defined

4. Can deeper processing through writing be ‘skipped’ by using a CALL program?

The hypothesis then is that the in class learning gains will be far greater than for REAP. The question is how much better the in class activities will be. 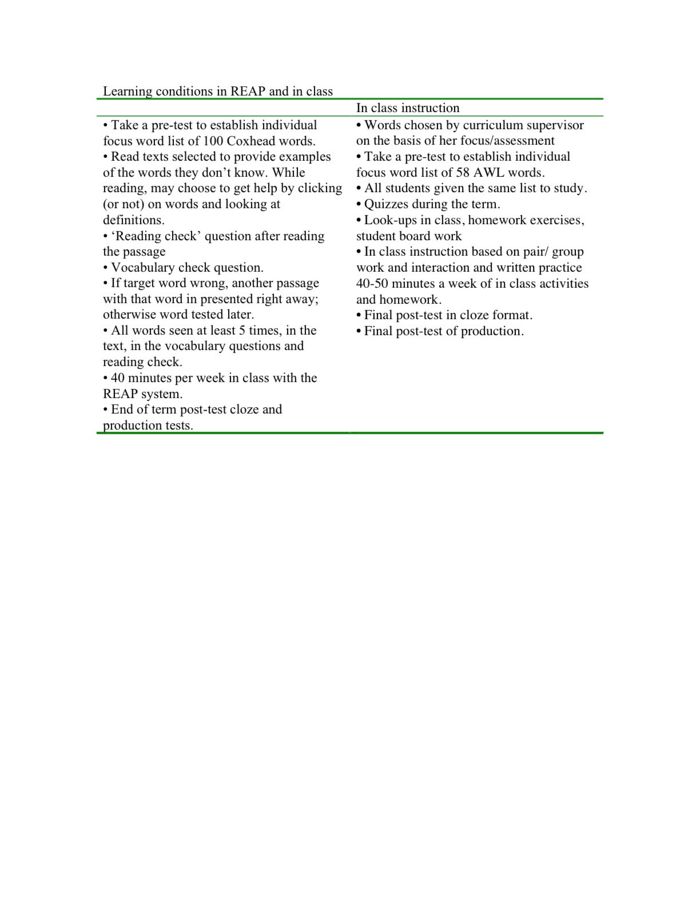 The participants in the two semesters are typical of the heterogeneous classes in Intensive English Programs in general in the United States. Recently, the ELI at the University of Pittsburgh has had larger numbers of Arabic-speaking and Korean speaking learners. Overall, the Arabic-speaking students score lower on overall proficiency tests than the are 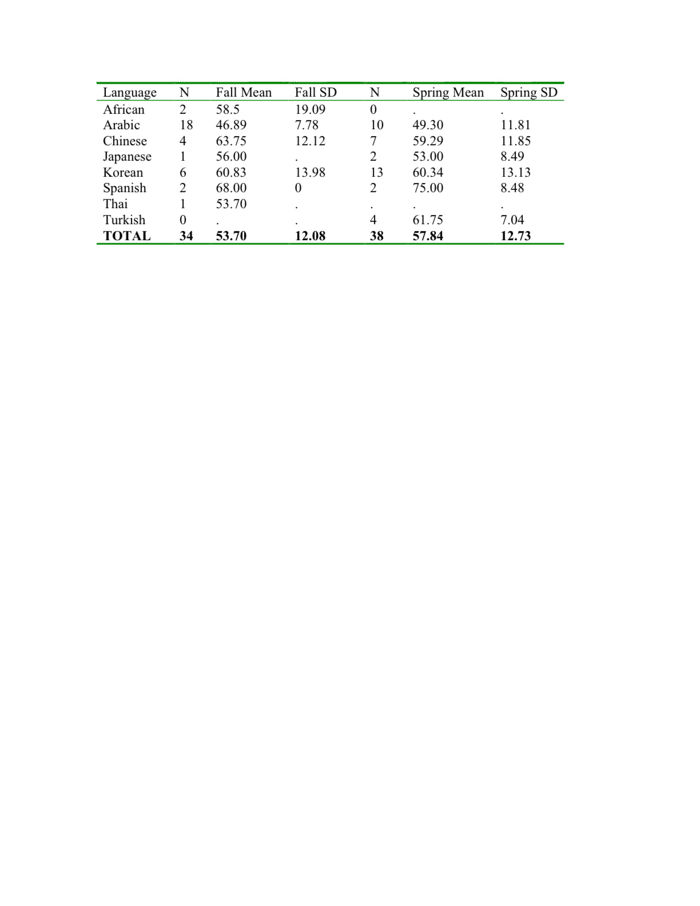 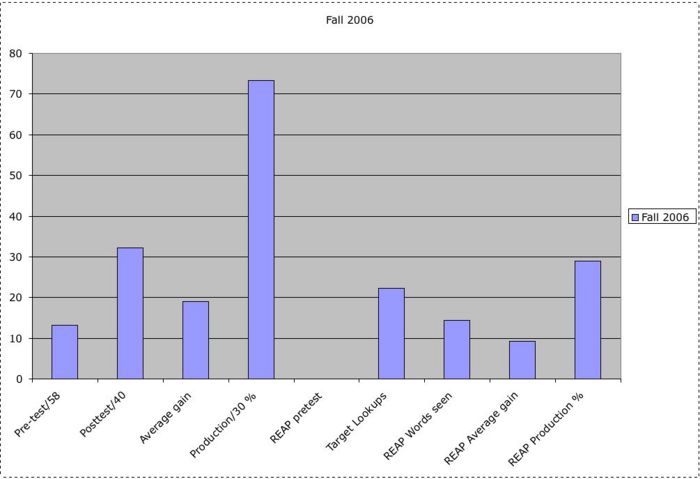