Integration of reading, writing and typing in learning Chinese words

We predict that in the visual identification task, handwriting group will do better than the typing group, whereas typing group will do better in the auditory identification. In the translation task, the group received the combined method will do better than handwriting only group. We predict the above results because visual recognition task depends more on the orthographic information which is more practiced in the handwriting training. Auditory task depends more on the phonological information on the contrary, which is more practiced in the typing training. The translation task depends more on the integrated representation of Chinese words. When trained on both handwriting and typing, both orthographic and phonological routes are made available to the task.

The predicted results will be explained under the general framework of interactive constituency model for learners. 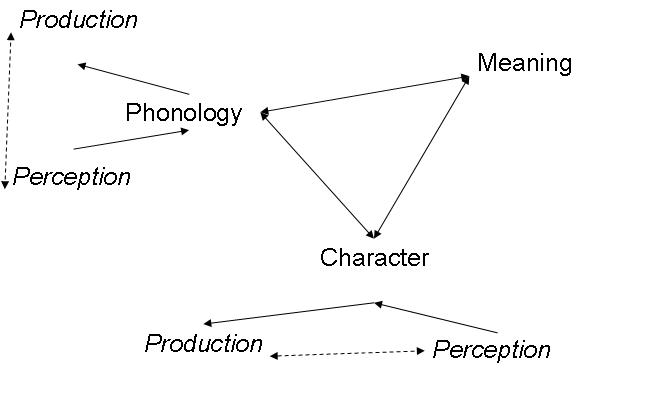